A recent exchange on my son’s FB page between him and a man, whom we consider family, because of whom he married, caused me to think about how we deal with family and friends with whom we disagree fundamentally, politically. For many years, we enjoyed a close friendship with a couple, a friendship so close that we saw them as family in every way except blood. Unfortunately, the man died all to soon, leaving behind his wife and two wonderful daughters. After a few years, his wife found a new love, and we were very happy for her. As we got to know him, we gradually realized, that his political views are much more conservative than ours, than those of his new wife, and certainly very different from the man he replaced. This is the man who in the exchange with my son displayed a political view that I find abhorrent. How do you deal with someone like this?

For many years after I moved to the US at the age of 24, I was very disenchanted with the US political system, but I was busy making a living, raising wonderful boys, and, as critical as I was, and am, of US politics, it somehow felt a little distant. The ascendancy of trump (I can’t bring myself to give him a capital T), and, even more, the movement of the republican party to the extreme far right, has changed all that. The political development in the US the last decade, has made me look at politics in a completely different way. As much as I feel that politics have changed, it’s also a fact that I have just been sensitized to a political reality that is by no means new. Racism is not new. Xenophobia is not new. Huge gaps between rich and poor are not new, although the differences are certainly increasing in an accelerated way. Gerrymandering and repression of voting rights is not new, but the current republican party has raised it to an art form. The influence of money in politics is not new, although its most extreme form has now been sanctioned by the Supreme Court. Some of the consequences of this political system are millions of people without any meaningful health care, no universal vacation time, no universal sick time, no legally required parental leave, no legal rights (well almost none) for employees, a thoroughly insufficient safety net. And it’s only getting worse. The US has never been a democracy in the strict sense, and is only becoming more and more undemocratic. I don’t disagree with those who say that we live in a plutocracy.

All this has had a fundamental effect on how I view and relate to other people. If you support trump, you support racism, xenophobia and increased inequality. Why would I want to have anything to do with you? You are hurting other people and you are hurting this country. Others may be able to live differently. There are certainly examples of couples with very divergent views. James Carville and Mary Matalin, Kellyanne and George Conway. That would never have worked for me. Not in the past, and certainly not in these polarized times. And the same goes for friends. If you support racism, you’re not my friend. If you support the extreme politics of the current republican party, you can’t be my friend. I don’t want you as my friend. Not even on Facebook. I scared away most conservatives from my FB page with my posts and comments, and I removed the ones who didn’t get the message.

I’m curious how others handle this. If someone supports trump, do you just ignore the fact that they are part of making racism more acceptable? Do you ignore the fact that they support a thoroughly immoral, evil person? I’m only using trump as an example because it makes it easier to see, but in my mind, the current republican party is no different. And even more pointedly, what difference does it make if the person is family? Is it OK for family members to be racists?
Upplagd av Umepojk i Mason, Ohio kl. 22:52 Inga kommentarer: Länkar till det här inlägget 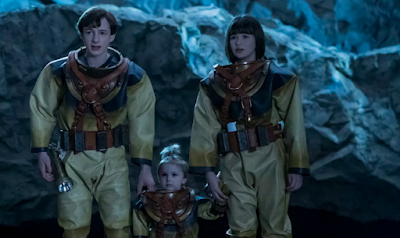 Reparations is Part of the Political Revolution, Bernie

"Reparations is part of the political revolution, and Sanders can’t settle for dreaming big about everything except for black America."
Upplagd av Umepojk i Mason, Ohio kl. 15:22 Inga kommentarer: Länkar till det här inlägget

History of an immigrant, part 1.

I have posted rather sparingly for several years. Now there is so much going on that this has to change. I also plan to put up my posts in both Swedish and English. For many years the name of the blog was Umepojk in Los Angeles. Umepojk means ‘boy from Umeå’. Umeå is the city in Sweden where I was born and spent the first five years of my life. In 2007 the name was changed to Umepojk in Mason, Ohio, since we moved to the Cincinnati area due to my work. A little while ago I added "and then what?" That’s because when we retire, we will not stay in Ohio. Or the United States. But first a little history. After a stopover at JFK, I landed in Los Angeles on June 6, 1974. That it was Los Angeles was hardly more than a coincidence. I just wanted to go to the United States. Why? I don’t really know. I just wanted to. Initially the adrenaline flowed freely. Maybe for quite some time. The United States differs enough from Sweden, that everything feels a little bit exciting. Even something very common, like driving on a street in Los Angeles, to shop in a store, to walk on the Santa Monica Pier, to drive Mulholland from Hollywood to the Pacific Coast Highway.
It didn't take long before I built up a strong dislike of the US political system. And I still lived in California! In Sweden I was clearly to the right of center, but here I was very far to the left. Somehow, I separated political life from daily life, except for a lot of political discussions. Besides, I was busy with studying and earning enough money to live.

A little about my jobs: first job was as a ‘houseboy’ with Jack Lawrence, who created many famous songs for Frank Sinatra, Sarah Vaughn, Dinah Shore and many others. It lasted a month. Before that I had an interview with Rock Hudson's manager for a similar job. It was the only interview where I was ever asked if it bothered me that my potential employer was gay. I also had an interview with William Conrad's manager. When he told me that I didn't get that job, he said the 'Cannon' had decided that he wanted to hire someone older, because he did not trust his young wife. The next job was as a driver for Jack and Audrey Skirball. Jack was trained as a Rabbi, but had become a film producer, and also worked with a lot of investments. The job as a private driver was a little more bearable. Just a little bit. It didn’t feel so good that my really low monthly salary was overshadowed by what Jack lost betting on horses most days during the seasons at Santa Anita, Hollywood Park and Del Mar (Audrey owned some horses). After one year, this shy and cautious guy built up enough confidence to instead look for a job in a restaurant as a waiter. The money was better and it became possible to study, although it was quite difficult to find enough energy after late nights at work, often followed by one or a few hours at the nearest bar. I think I remember all restaurants – BelAir Sands, Stratton's, Tivoli Garden, Saddle Peak Lodge, Parkway Grill, MiPiace . After that, I had had enough of the restaurants. But I jump too far ahead. I will tell you more about the restaurants, some other time.
1976 I started at Stratton's Restaurant in Westwood Village.

I come back to this restaurant because the job there changed my life. In the same building was The Westwood Playhouse, a small (about 500 seats) theatre. Many great musicals and plays. In December of 1978, it was time for Jon Hendricks' Evolution of the Blues. I knew of of Lambert, Hendrick and Ross and was very excited about the coming show. Little could I have imagined how life would change fairly soon .....

Ted Talks – Have a listen!

​
​Create your own visited states map​ or check out the ​JavaScript Charts​.
​